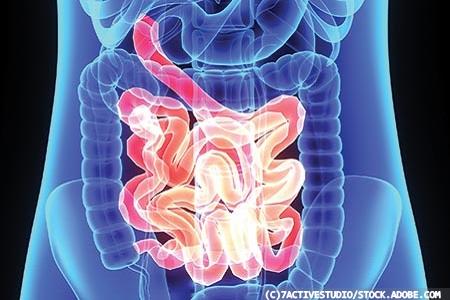 The autoimmune condition coeliac disease results from ingestion of gluten in genetically predisposed individuals. It is, however, more than a pain in the abdomen as the following overview, and update on current research, indicates.

Coeliac disease is an autoimmune disease that results from ingestion of gluten in genetically predisposed individuals. The inflammatory damage caused is to the mucosal lining of the small intestine, evident on intestinal biopsy as villous atrophy. If sufficiently extensive, this damage gives rise to malabsorption and associated nutrient deficiency, with weight loss and impaired growth in affected infants.

The classical gastrointestinal signs and symptoms include recurrent diarrhoea, steatorrhoea, abdominal pain and distension. With the recent availability of easily performed serological assays for antibody markers of coeliac disease, the most reliable being IgA-tissue transglutaminase (IgA-tTG), it has become clear that the disease is much more common than previously supposed. Best estimates only some 20 years ago suggested a UK prevalence of just one in 3000. With the benefit of population-based serological testing studies, that figure has been revised to one in 100 and c

IBMS Congress: an exhibition of science and achievement

What’s bugging you this winter?

For over 40 years Alpha Laboratories has been providing quality supply and support to UK healthcare professionals for their diagnostic and laboratory product needs. With a continued drive to find new ways to help science improve people’s lives, it focuses on specialist biomarkers such as calprotectin for IBD, alongside routine...