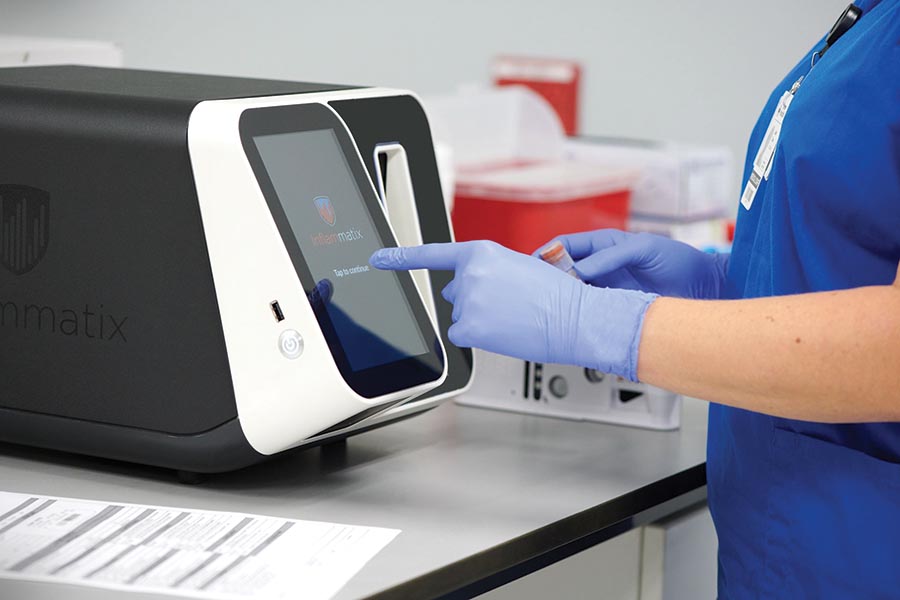 Sepsis is a life-threatening reaction to an infection, resulting in the immune system overreacting and the beginning of damage to the body’s own tissues and organs. Here, Charlotte Duncan introduces the latest in point-of-care technology.

Sepsis is defined as life-threatening organ dysfunction caused by a dysregulated host response to infection.1 According to The UK Sepsis Trust, 250,000 people per year are affected by sepsis, of which 52,000 people die and 60,000 people suffer permanent, life-changing after effects.2 The often quoted aphorism that sepsis kills more people in the UK than bowel, breast and prostate cancer combined3 rather poignantly gives a sense of the scale of the problem.

Indeed, the global picture is even more grim with sepsis causing an estimated 11 million deaths each year, and data showing those in vulnerable groups and low-resource settings account for 85% of these cases.4 In May 2017, the World Health Organization (WHO) issued a resolution confirming sepsis is a worldwide issue.5

Given the significant disease burden in the UK, and globally, the diagnostic support to clinicians is lacking

Seminars at Congress: the Hall 4 experience

DiaSorin is an Italian multinational Group and a global leader in the market for in vitro diagnostics. DiaSorin is listed on the MTA (automated stock market) in the FTSE Italia Mid Cap Index, organized and managed by Borsa Italiana S.p.A
For over 40 years the Group has been developing, producing and commercializing diagnostic tests for a wide...