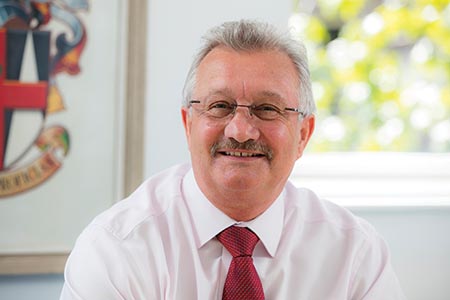 The first international gathering, at the invitation of Ms Elizabeth Pletscher and her Swiss colleagues, took place in Zurich and this significant event established an international understanding and cooperation among biomedical laboratory scientists that now exists among 37 countries representing nearly 200,000 members worldwide, and with a biennial World Congress as the major event in the IFBLS calendar. From a UK perspective, presidents of the IFBLS have included RJ Bromfield, Guy Pascoe, Dennis Slade and Graham Smart, who have also been presidents of the Institute of Biomedical Science (IBMS). More recently Eddie Welsh, another former IBMS president, was a member of the Board of Directors.

The IFBLS is the world's widest reaching international organisation for qualified scientists and technologists working in biomedical science, bringing international leadership in biomedical laboratory science to the world stage by providing member associations of the IFBLS with a global voice and access to a network of non-governmental organisations, governmental and intergovernmental agencies, industry partners and key stakeholders.

The focus is on supporting, advancing and promoting good scientific laboratory practice, education and development, and a commitment to professional values by facilitating the exchange of ideas and development of partnerships in the global health community to achieve common goals.

An important adjunct in the scientific and educational programme of the IFBLS congresses is the General Assembly of Delegates (GAD), a biennial general meeting of Chief Delegates, and other non-voting delegates, from the associate member countries. The formal GAD is the highest authority of the IFBLS and provides an opportunity to elect the Board of Directors and receive reports from the outgoing President and Board on progress since the last meeting (the Alternative GAD held between Congress years) in addition to receiving feedback from members, debating new topics and setting future priorities.

From the early days, the IFBLS has recognised the need for standardisation of education, training and equivalence of diplomas and degrees for those working within the biomedical science profession as technologists and scientists. In 2012 detailed guidelines regarding the establishment of Core Competences for biomedical laboratory scientists (BLS)/biomedical scientists (BS) were published. These can be used as a first stage in the development of competences for all BLS, although the greater challenge is to develop an international consensus to adopt them!

There can be no doubt that the IFBLS has been hugely successful in maintaining a global platform for the biomedical laboratory science profession. Yet, perhaps not surprisingly, one other common issue persists: lack of professional recognition. Overcoming this may be the greatest challenge of all, yet recent developments have been very positive.

It seems fitting to conclude by drawing parallels between the work of the IFBLS on a global scale and the IBMS as the leading UK organisation for those working in biomedical science. Communication and engagement with members, reviewing member benefits and responses are crucial to identifying what membership organisations need and should be doing. Key to this is the constant evaluation and auditing of the internal role of the organisation to ensure the goals set out by the membership are reached. As a member of the IBMS executive staff and now a member of the IFBLS Board of Directors, I experience first-hand the need to take these things on board, and the commitment of small groups of dedicated individuals to the promotion and development of our profession.

Health and care staff recruited to vaccine trial in Glasgow

Living with the pandemic in low- and middle-income countries: a webinar At Radiometer, our mission is to help caregivers make diagnostic decisions that save lives, by providing technologically advanced acute care solutions in labs and at the point of care. Radiometer products include: