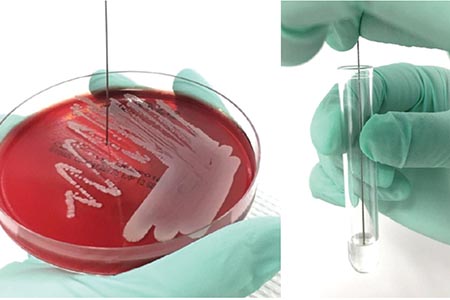 Disk diffusion has been a much used method for antimicrobial susceptibility testing (AST) in most clinical microbiological laboratories since Bauer et al. first described this technique in the 1960s.1 In the UK this method has been further supported by the British Society for Antimicrobial Chemotherapy (BSAC) guidelines, which were first published in 2001.

However, in 2016, BSAC announced that it would cease active support, maintenance and development of the BSAC method, and instead would focus on helping laboratories in the UK to move over to the European Committee on Antimicrobial Susceptibility Testing (EUCAST) method. There are several differences between each method, including confluent growth as opposed to the semi-confluent growth, different media and antibiotic concentrations.

The EUCAST disk method was developed in 2009. It is a robust and standardised method, providing evidence-based guidance on performing susceptibility

IBMS Congress: an exhibition of science and achievement

What’s bugging you this winter?

For over 40 years Alpha Laboratories has been providing quality supply and support to UK healthcare professionals for their diagnostic and laboratory product needs. With a continued drive to find new ways to help science improve people’s lives, it focuses on specialist biomarkers such as calprotectin for IBD, alongside routine...