The contents of this article are protected by copyright, which is owned by Step Communications Ltd.

PDF versions of this article are made available for any use that falls under the exceptions to copyright that allow limited use of copyright works without the permission of the copyright owner.

Please note: these exceptions do not include commercial use. If you plan to use the download for commercial purposes or have any questions about your potential use of the copyrighted material, please contact [email protected] 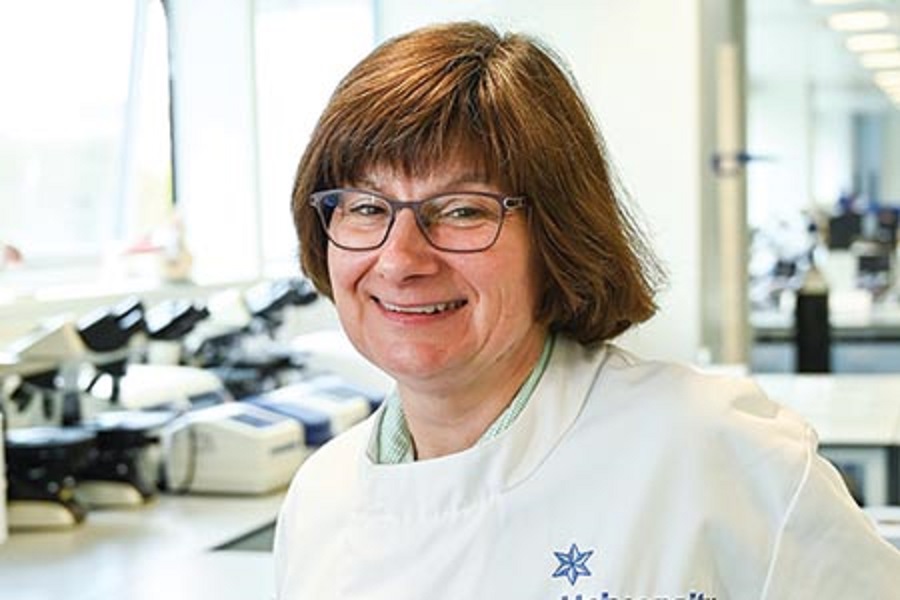 Viruses are endlessly fascinating. That is why, despite branching out into other areas of microbiology during her career, Dr Sarah Pitt is always pulled back to the virology specialty.

In early 2020, the whole world was thrown into turmoil when a change in the genetic sequence of a bat coronavirus enabled its zoonotic transfer to humans and subsequently between people. Aided by international travel, this emerging pathogen, SARS-CoV-2, spread rapidly and extensively enough to cause a global pandemic. As it continues to infect people (over 166 million by mid-May 2021), opportunities for further mutation arise. Some variants appear to be able to out-compete prevailing strains and come to dominate particular geographical areas. Humans have responded with public health measures including testing people for the virus, which has highlighted the work of diagnostic laboratory professionals. Other scientists have achieved the amazing feat of developing and trialling safe and effective vaccines in less than 12 months. However, the virus has continued to mutate as it is transmitted globally. Some variants exhibit changes in the sequence of the viral spike (S) protein. Laboratory scientists made an important contribution to this when they found and reported abnormal results in diagnostic assays. It is uncertain whether some variants will be more pathogenic and whether sequence changes, particularly to spike protein, will render vaccination less effective. Therefore, this is not just something of interest to virologists, but the subject of reports on daily news. But are mutations in viruses which infect humans always a danger to health, a threat to the effectiveness of vaccines and a headache for diagnostic laboratory scientists?

Accidental zoonotic transmission of potential pathogens probably occurs frequently. In most cases it passes unnoticed although occasionally someone develops clinical symptoms and passes the organism to a few other close contacts. Far rarer is the type of random change in a coronavirus that led to SARS-CoV-2 being capable of extensive and sustained person-to-person transmission. Since emerging in December 2019, SARS-CoV-2 continues to mutate and produce new strains. Coronaviruses are RNA viruses with large genomes (26–32 kilobases) that are susceptible to error during replication. They do carry a proof-reading mechanism that maintains genetic fidelity to some extent. Although most mutations are harmful, some are tolerated and may even be beneficial. For example, alterations in the S protein sometimes afford a competitive advantage. New strains are described by the changes in sequence compared to the original strain and some with mutations in the S gene are labelled as a ‘variant of concern’ (VOC). It is uncertain whether these particular mutations are arising naturally in many different geographical areas as the virus spreads through human populations. Unfortunately, these variants are often reported in the media according to where the first isolate with that altered sequence was found. For example, the variant B.1.1.7, which was first identified in the South East of England, is labelled the ‘Kent variant’.

Throughout the COVID-19 pandemic, people have used influenza as a point of comparison. During the 1918–20 Influenza A H1N1 pandemic, there were several ‘waves’ of transmission. This led to speculation as to whether something similar would happen in the current pandemic. All previous pandemics involving respiratory viruses have involved influenza A. Therefore, it was uncertain whether the rises and falls in case numbers before the infection was fully under control were attributable to the nature of the virus or human beings’ behaviour. Influenza A viruses are single-stranded negative-sense RNA viruses with a segmented genome. By contrast, coronaviruses have a large, unsegmented genome of single-stranded positive-sense RNA. Despite the latter having some proof-reading mechanisms, strain variation in both viruses occurs due to mistakes in replication of the virus genetic material. The 2009 ‘Swine flu’ H1N1 virus mutated and became less virulent over time. It is now one of several seasonal influenzas that are monitored and it is labelled influenza A/ H1N1/pdm09. Unfortunately for us, on a global scale we are currently experiencing repeated episodes of overwhelming rises in SARS-CoV-2 cases and deaths. This seems to be due to a combination of inefficiencies in the public health response and mutations in the SARS-CoV-2 virus, yielding more transmissible and possibly more pathogenic variants.

Nevertheless, it does not automatically follow that an RNA virus will develop strain variation that fundamentally changes its biochemistry or biology. Measles virus (MV) is a negative-sense RNA virus for which 24 genotypes are recognised. These are classified into eight phylogenetic clades (A to H), based on the sequence for the viral nucleoprotein (N). The World Health Organization (WHO) coordinates a global surveillance network to monitor measles transmission, as a key tool in its aim to eliminate the infection. In 2019, analysis of isolates indicated that the vaccination programme has reduced the number of different genotypes of circulating wild-type viruses to only four: B3, D4, D8 and H1. This is interesting because control has been achieved using live attenuated vaccines, prepared from isolates of genotype A virus, often collected decades previously. The MMR vaccine uses the Schwartz measles strain that was derived from the Edmonston strain collected in the 1950s. Therefore, the mutations responsible for strain variation in MV have not affected the efficacy of the vaccines used in its control.

Although DNA viruses are less prone to variation, there are some exceptions to this. Mutations of hepatitis B virus (HBV) have arisen that can evade vaccine immunity and are of concern. Although HBV has a double-stranded DNA genome, one of the strands is incomplete. The section of single-stranded DNA is in the gene for the viral surface antigen (HBsAg). At the beginning of the replication cycle, a viral DNA-dependent reverse-transcriptase is used to make an RNA copy of the section. This acts as a template for a complementary DNA (cDNA) strand that is then incorporated into the viral double-stranded DNA genome. This step is error-prone and, significantly, the section of the genome involved codes for proteins in the HBsAg. The vaccine is raised against this antigen and it is the key marker in serological assays.

There are nine genotypes of HBV (A–I) and numbered subtypes within these (eg D2). There is notable geographic variation in genotype distribution. For example, genotype A is found in Europe and Africa, while genotype F is most commonly detected in South America. Isolates of genotype D occur globally, but most are from patients in Europe, North Africa and the Middle East. Three possible outcomes from mutations in HBV viral proteins have been documented. One is ‘immune escape’, where changes in HBsAg mean that the virus is not detected in diagnostic assays and it renders vaccines less effective. A second is enhanced oncogenicity, when infection with that strain is associated with increased chance of developing hepatocellular carcinoma, and the third is antiviral drug resistance. While analysis suggests that variants with these properties are more common among some genotypes and indeed subtypes, this may be attributable to the proportion of isolates that are fully sequenced in different geographical areas. Virologists are closely monitoring SARS-CoV-2 isolates for instances of immune escape and enhanced pathogenicity

In conclusion, mutations may arise in any virus species and it is important for laboratory scientists to monitor this and investigate links with clinical outcomes. The complexity of strain variation in viruses highlights the requirement for up-to-date sequencing services. It is also important for staff in diagnostic laboratories to carefully check outputs from assays and always question ‘abnormal’ results. In any pathology discipline, your observation could identify greater virulence or drug resistance in any disease!

Sarah J Pitt PhD CSci FIBMS SFHEA is an HCPC registrant biomedical scientist and a Principal Lecturer at the University of Brighton.  She is a member of the IBMS Virology Advisory Panel and the Chief Examiner in Virology.

At PerkinElmer we provide scientists, clinicians and governments all across the world with the solutions needed to test, screen and analyze nearly everything on earth, including the earth itself.
We're committed to advancing our health from understanding and finding disease such as cancer sooner, as well as detecting new emerging threats like...