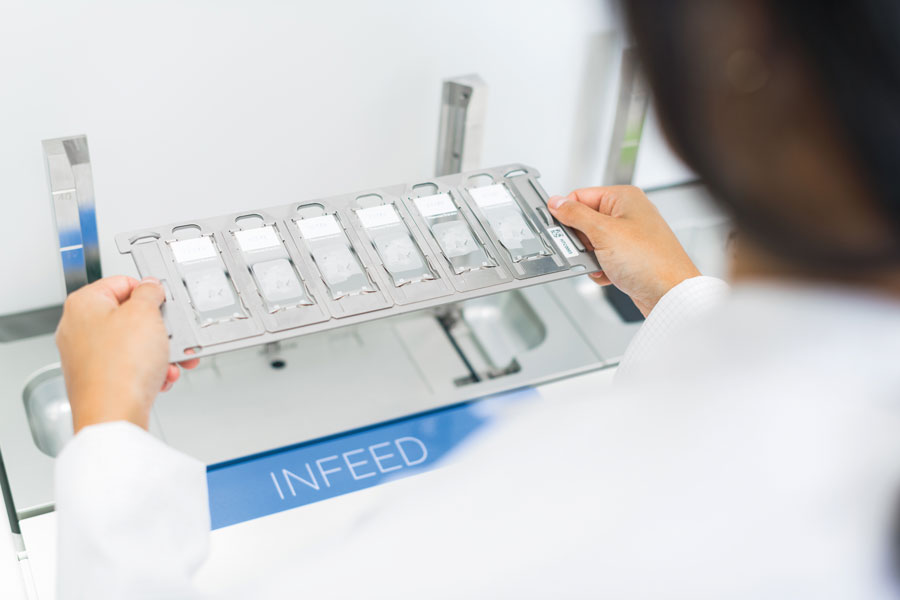 Automating tissue dissection would appear to hold the key to personalised medicine becoming a reality. Here, Pathology in Practice has been given an early look at a new Xyall solution for the molecular pathology laboratory.

Worldwide there are likely to be 27.5 million new cases of cancer each year by 2040. According to Cancer Research UK, the incidence of cancer in this country ranks higher than 90% of the world and is two-thirds higher than the rest of Europe.1

Molecular diagnostics appears to hold the key to tackling this hidden epidemic. Demand for novel diagnostic tests is escalating with the arrival of high-throughput analysis methods such as next-generation sequencing technology. However, the sensitivity and specificity of the emerging molecular diagnostic tests depend on the quality of the sample, in particular on the number and purity of tumour cells in the sample, especially where the biomarker is expressed only in tumour cells. It also depends on the ability to dissect selected areas from tumour tissue – a process called macro-dissection.

It is here we come to the potential flaw in the race towards personalised medicine. Sample selection for molecular analysis presents numerous challenges for the pathologist and the laboratory. Tissue dissection remains a manual, subjective process – tedious, labour-intensive, with limited precision and carries the risk of contamination and human error. Poor quality control, variability and lack of traceability are other pitfalls.

Founded in 1896, Roche continues to search for better ways to prevent, diagnose and treat diseases and make a sustainable contribution to society. We have one mission: to do now what patients need next.
Twenty nine medicines developed by Roche are included in the World Health Organisation Model Lists of Essential Medicines, among them...